Have you heard of this trading educational website known as Certus Trading? Can you make money because you paid $3,997 to learn Matt Choi’s magical trading techniques like the 4TP Trading System?

Well, this Certus Trading review is definitely a must-read because it is an eye-opener into the world of scamming activities in which Matt Choi and his team are partakers of.

We doubt if Certus Trading has what it takes to give you lessons on how to make money trading penny stocks or whatever investment instruments he teaches.

You see, Matt Choi is just another phony salesman who hustles unsuspecting traders while promising them a lifetime of financial freedom and even riches.

He’s featured on Money shows as well as International Traders Expo, thus giving the impression that he is really good at what he does.

For starters who are not aware of what Money Shows are…… these are basically a flea market where would-be traders and wannabes meet to interact with ”investment educators” who are the ‘gurus’ of  penny stock investments.

Open it by copy-pasting it on your browser (because I do not want issues with Google) and you will see what this guy has been up to lately. The idea that this guy attends Money shows is cool.

The so-called money shows are famed for selling stalls at $6,000 per head. So if you are a ”trading educator”, you can simply book your stall for that fee.

However, if you want to become a guest speaker, you pay additional fee and that earns you more publicity, hence more business.

Those who attend also get to encounter all kinds of ”investment opportunities” along the way. This is the worst kind of temptation that a money show attendee with money in their pockets would face in their life.

Ideally, they sell all kinds of investment products here. Not only do they peddle Forex trading software, but they also tout brokers, penny stock products, magic trading indicators, and basically anything that is disguised as the ultimate solution to solving your trading problems.

If you’re searching for ”The Winning Way Matt Choi PDF”, no problem, it will be pitched there.

How about learning what Certus Trading Inc is and what they do to make a trader’ s life easy? Well, you will always meet someone who will explain this to you.

And if you need a magical trading strategy like the famous 4TP Trading system, you’ve got it too. Certus Trading rocks, right?

But first things first: Matt Choi of Certus Trading is a regular at the trading expos or money show seminars which we just discussed above. He claims to be the world’s best trader with massive amount of experience on his back. 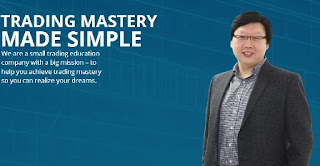 Actually, Mr. Choi is one of the many ”Forex gurus” who promise 20 minutes of work each day to bank massive profits, which can be up to 200% return on investment each month.

That’s the reason why Certus Trading sounds even more appealing. People dream of finding an easy way to escape the rat race, and Mat Choi seems to be offering a solution.

Apparently, Certus Trading is only available to the first 150 buyers, after which the window of opportunity shall close down.

We checked many days later after publishing this review and discovered that Certus Trading was still accepting investors.

In other words, this guy is just putting his marketing skills to task. If you have $3,997 lying idle somewhere, you should use that money to purchase a once-in-a lifetime opportunity that will see you making money as a trader the easy way.

What exactly does Certus Trading offer?

Certus Trading masquerades as a virtual company where novice traders (with money) can learn how to trade Forex and matters related to stock investments in general.

It is run by an individual named Matt Choi. He lives in Canada.

Investigations reveal that Certus Trading opened shop back in 2014, and has been allegedly teaching people how to make money on the internet trading Forex and stocks.

It’s around this time that Mr. Choi began featuring in a couple of Money Show Investment Expos claiming to be a Forex guru.

For those who don’t know, these money shows are often organized for purposes of facilitating interactions between novice traders and ”investment experts” in retail trading.

These money shows typically do business by selling ”stalls” for the price of 6,000USD…. as mentioned above.

These exhibitions offer a perfect breeding ground where investment hustlers wander in search of ”opportunities” to cash in.

These people often consist of ”Forex mentors, FX software vendors, brokers, charlatans of FX Trading indicators and those who specialize in newsletter marketing in matters related to Forex trading.

As you can see, it’s not really a genuine place to source for a business partner who will truly hold your hand and see that you succeed as a trader in the long run.

So, what is Mr. Matt Choi offering?

This guy allegedly sells a special blend of stock trading products and services. These include the following:

The icing of the cake is the ultimate trading course which Mr. Choi is offering for a whooping $3,997.

This is an 8-week course that is supposed to teach you all the ”secrets” that this guy has been using to win every trade in the stock market.

Apparently, this man is also guaranteeing his students an outstanding return on investments of between 100-200% per month.

Every strategy hawked in these packages are supposed to net you that kind of return on investment.

An example of one such snake oil strategy is dubbed ”The Chicken Strangle”. This strategy is promoted as having turned $10,000 seed capital into $330,000 in a span of 4 years.

But this is not the only ”secret strategy” that Mr. Choi is selling. He has dozens of others which he also claims can make you rich in no time.

He uses colorful names to refer to these strategies. Examples of such names which he uses to lure unwitting investors include Double Date, Crocodile Condor, and Bear Fly.

According to Matt, one only needs to tune into his strategies, spending 20 minutes a day, which will see them accruing massive profits from the markets in no time.

An attempt to speak to Mr. Matt Choi Himself

We figured that these claims were just too good to be true. You cannot have a consistent win rate of 75% and a guaranteed return of up to 200% per month.

That’s not possible no matter how you look at it. That’s why we decided to contact this guy and see what he had to say about this critical matter.

Our motive was to find out if Mr. Choi of Certus Trading was a trader himself. Did he possess a track record of trading with a high win rate?

And was he able to substantiate his claims by actually providing proof that these things were nothing but the gospel truth?

He told us that before he got into stock investments on the internet, he was involved in a car selling business in Toronto where he lives.

So, how did he dramatically switch from a car dealer to a Forex guru and a CEO of a trading school called Certus Trading???

Well, one day he stumbled on a few books on trading topics. He read them, and attended a few seminars on trading.

And then boom!!, he discovered his strategies for extracting consistent profits from the markets.

Now, what was his reason for selling his strategies instead of just using them to enrich himself and make even more?

Of course these things sound good to hear. But words are just words. If there is no proof, we can’t believe the speaker, right?

We had to push him harder by hitting the nail on the head. So we demanded for verifiable results that would prove his trading proficiency.

Sadly, this is where the conversation turned slippery. We could picture the guy shaking on his legs as he fumbled for answers.

The answers that we got were nothing but excuses. He claimed that he was a very private person, and that his lawyer encouraged him not to get his trading results out there.

The last one that made us laugh our ribs the most is that Canadian Stock regulators could arrest him if he made these results public.

In fact, this guy has a string of excuses that kept rolling out of his tongue. It’s like he had anticipated for our call, hence the stream of answers.

Because he was not willing to give us the alleged results, we begged him to send us a private screenshot of at least one of his trading accounts to verify that indeed he is a trader.

Of course we guaranteed him that these performance results or his account balance would never be shared with readers of this blog.

However, the more we pushed, the more he became irrelevant with his answers. So the bottom line is that this guy does not have any verifiable performance results on what he claims to do best.

Our Best advice for you

To cut a long story short, this guys is a hustler with no track record to show for it. His products are costly for no reason.

He is simply a fraudster who is out there to make money off your pocket. He is not worth your money and time. You better look for another trading school because Certus Trading just won’t help.